The northwest end of Louisville, Kentucky is seeing redevelopment

Everyone in Louisville is familiar with Nulu. It is east of downtown Louisville (also called the CBD or Central Business District) and west of the Highlands and Butchertown. It’s located between Jefferson and Main and Preston and Baxter with 14 square blocks. Essentially, it’s a case study about how to revitalize a neighborhood. Subsequently, if I ever teach real estate in college, it will be my first lesson. The success is the result of an effort by Gill Holland to revitalize this district. Most of the attention had been focused on Fourth Street Live, Whiskey Row and Museum Row for the last 15 to 20 years and “East Market District”, nka Nulu, was, to be honest, pretty sketchy. In an interview I heard, this area used to be where you rolled your windows up on your commute home from downtown. But, now, the area is thriving. Holland’s vision of the “New York to Louisville Bridge” district, in my humble opinion, is a success. I’ve appraised at least a dozen properties there now and we track all of the commercial sales. Buildings in the area used to sell for $40 to $50 per square foot, now after the recent real estate growth they are routinely selling for $200 per square foot after renovations.

Now, Gill Holland’s focus is on real estate growth in Portland. For those of you from out of town that are reading my brilliant insights in order to get a better grasp on Louisville’s life, Portland is a much bigger area. It stretches from 10th Street to the Watterson and Market to the Ohio River. By my unofficial estimate, the area is 7.2 square miles and is about 50 times larger than Nulu. Because of the size, Pii (Portland Investment Initiative), led by Holland, has split the area up into 4 districts: Portland Stroll, Artist Row, 21st Century Shotguns and East Portland Warehouse District. 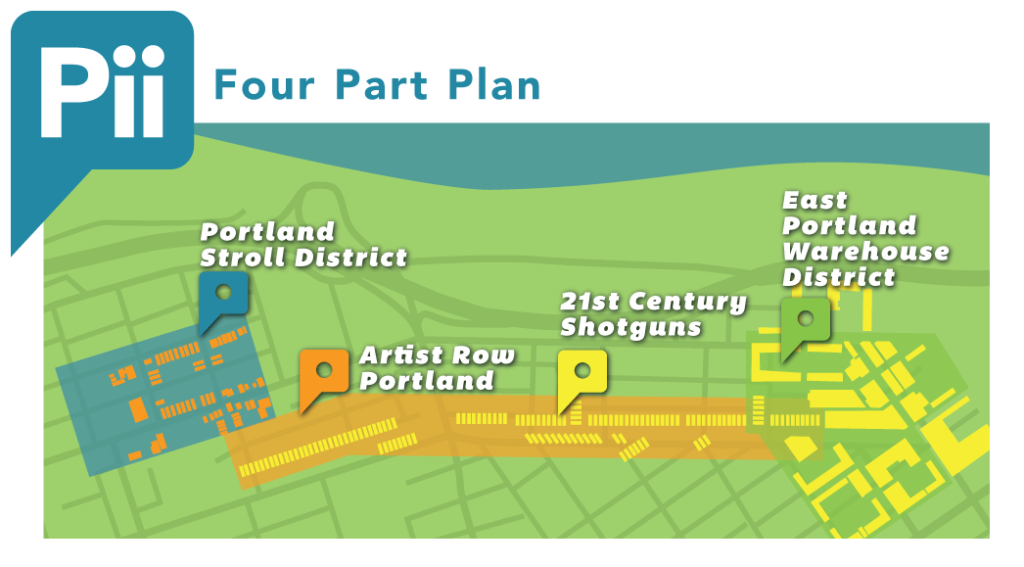 Portland Stroll is at the west end around Portland Ave and 26th Street and will be a main hub for restaurants, entertainment, and retail space to promote tourism. The area’s vision is a walkable and bikeable neighborhood. As a side note, America’s “millennials” are moving back to older neighborhoods where they can walk and bike to work, coffee shops, restaurants, art studios and their friends. But, that’s another blog.

Artist Row will focus on a live-work setup and a revitalization of the many shotgun-style homes between 16th and 26th Streets. Pii’s website says there are over 40 abandoned shotgun homes there now.

21st Century Shotguns will be an initiative to develop new shotgun homes commensurate with the style of the area on the many vacant lots.

Perhaps the most interesting to me is the East Portland Warehouse District. This is an area between 10th Street and 16th Street that currently houses a significant stock of older two- and three-story warehouses from Louisville expansion in the late 1800’s and early 1900’s. I had the chance to interview Barry Wooley, Barry Wooley Designs, recently. He moved his design business from Nulu to Portland in early 2019 after he purchased and renovated a building on 10th Street. The cool thing is that his new office is attached to Old 502 Winery, who has their wine production and restaurant operation on 10th Street. In addition, Holland’s group purchased a group of properties from Hubbuch in the 1200 block of West Main Street.

The interesting part is not that these groups have invested in 10th Street….what is really interesting is that this type of acute, surgical development on the west side of the 9th Street Onramp (known as the 9th Street Divide) is starting to dissolve that barrier. For decades, development simply didn’t occur west of 9th Street because Portland had no direction and most properties were losing value over time due to economics or neglect, or both. Now, that trend is changing, for the better.

I think that real estate growth in Portland and the redevelopment there will be huge. Certainly, it won’t be as quick and simple as Nulu, but Holland’s Pii Group certainly has a vision and connections to make this project work. I predict that I’ll be appraising more and more properties there in the next 10 years. 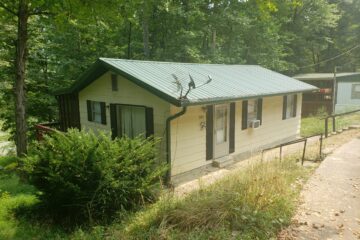 How do we appraise these AirBNB and VRBO houses?

Recently, I taught my 2nd continuing education class for appraisers in Colorado. The topic was how to appraise AirBNB and VRBO single-family houses, collectively known as Short-Term Rentals (STR’s). We discussed the place that STR’s Read more… 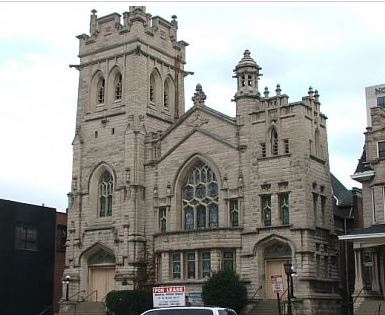 The Church Transformation Trend in Louisville

The Church Transformation Trend In Louisville A review of the sharp increase in repurposed church properties over the last few years. Our commercial appraisal firm has appraised plenty of existing churches and proposed churches over Read more…

Restricted Appraisal Reports Available For More Users For 2020 As appraisers, we must follow national guidelines called USPAP. In Kentucky, we are actually bound by the law as certified appraisers to follow the USPAP guidelines. Read more…